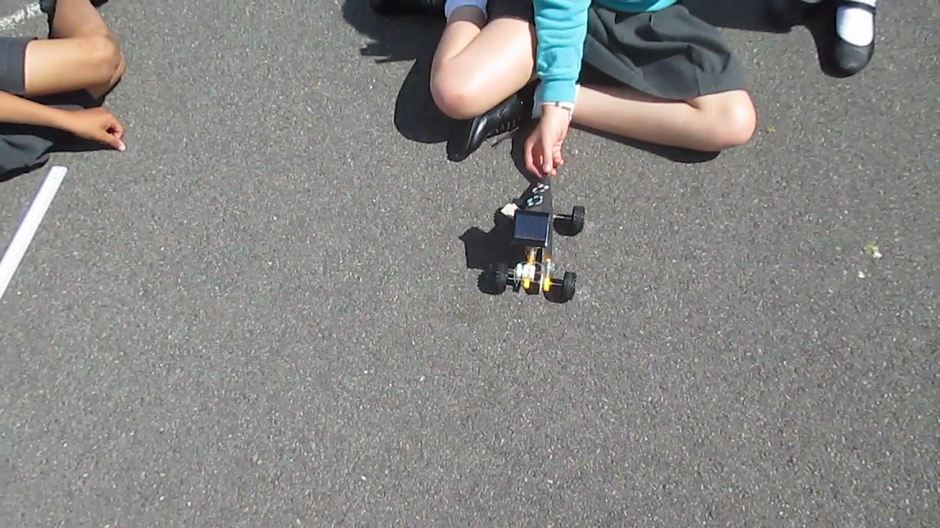 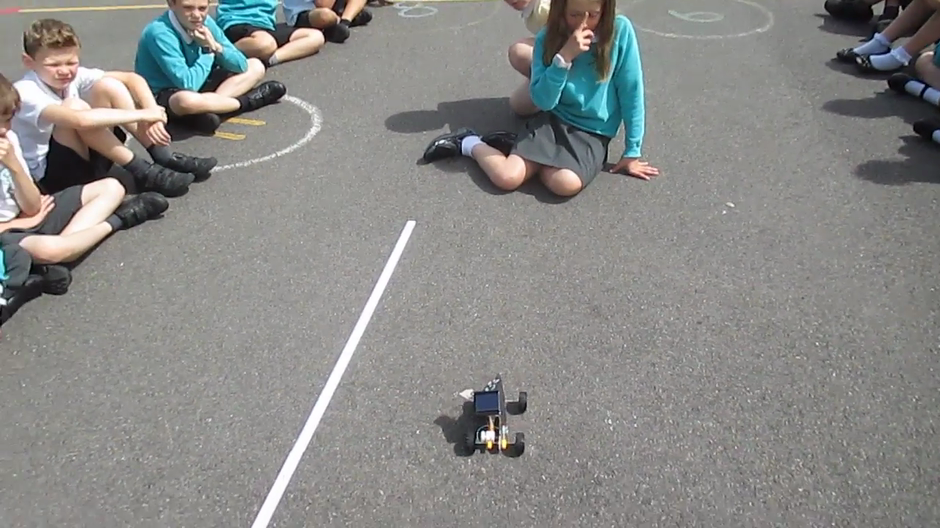 Owls have been researching a range of different sources to find information on the history of Verwood. They have all made their own non-fiction books. The children were given the freedom to research whatever they found interesting as long as they followed the structure of a non-fiction book. Below you can see some of their work. The picture of each child is followed by a selection of pages from their books. Some still need to finish. I will add these at a later date.

Literacy: Information Books on The History of Verwood

Trip to St Michael and All Angels' Church

To continue on our topic of different ways of worship we went to St Michael and All Angels' Church in Verwood to learn how they conduct worship. The children learned about The Eucharist and what it symbolises. They were also told how parts of the service could be interpreted in different ways depending on people's beliefs.

Thank you to Norman who invited us to go there. The children enjoyed it: especially ringing the bell at the end.

Trip to St Michael and All Angels Church

Firstly, to say thank you so much for getting your pupils involved in the toy design competition. The designs were gratefully received and I really did have a difficult job in choosing the winners.

Today, at Emmanuel, your children were amazing! Their behaviour was impeccable throughout the whole day and even when things got tricky, they persevered and continued on. The chassis were almost impossible to put together, but as I said, they kept trying and were so patient and eventually, the buggies were made. They all worked really well with the pupils from Emmanuel and I hope they've made some new friends.

The children were understandably disappointed that we couldn't actually race the buggies in the end - the cloud cover was just too much and many of them just couldn't get enough light to power the cogs, motor and wheels.

So, our solution was this. Your children brought back their buggy with the view that they can do a time trial, film it and send me the film.

Thank you again for sending such wonderful children to Emmanuel today - they really were a delight to work with.

The girls with their designs
Ready for the race

Our two winners spent today at Emmanuel School making the car they designed.

The Competition Winners Make Their Car.

The children continued their work on the Anglos Saxons today. They have started to create a timeline of Saxon events and will add Vikings to this later so that they can see the connection between the two.

Here are our winners of the Solar Power Car Competition who have won the chance to make the car they designed. A big thank you to everyone who entered; Tracy found it very tough to decide the winners. I have attached the photos of the car that Olivia designed and made. Thank you Olivia, Tracy was extremely impressed!!

A badge and a letter from the Editor were received saying that she had been awarded a ‘Green’ Blue Peter badge, which is for viewers who care about nature and the environment. Well done!

The children have been identifying the role of worship and how it helps them in school and beyond. Many of the children have chosen to use the values they have been learning throughout the year and have put their thoughts onto paper for our Reflection Journal.

I am really proud of the children's effort and attitude in our tables challenge. As the children progress through the levels, the questions get harder. We start with normal multiplication, then we do multiplication sentences with missing numbers. We then progress onto division and there are some tough ones here to help the children use the inverse and commutative laws. 132 divided by ? = 11   or ? divided by 9 = 9. Well done, certificates will be given to children for effort and enthusiasm.

A team of 16 children made up from Year 3 and Year 4 played in a tournament for Verwood schools. There were 12 teams altogether, the top 3 placed teams overall would go forward to the East Dorset Regional Final. After an initial round to put the teams into ability levels, the Trinity teams did extremely well; both the Year 3 and the Year 4 teams came 1st and 2nd in their respective groups. The Year 4 team that came 2nd were also placed 2nd overall judged on the total amount of points they scored. This team went through to the East Dorset Final which took place last Thursday. They had a very successful day and came 3rd in East Dorset; just missing out on a place in the Dorset Final. I would like to say thank you to all the children who took part. They had a very enjoyable day and were impeccably behaved. All the children were very enthusiastic and the Year 3 Teams gained valuable experience for next years' tournament.

Thanks to all the children who designed a solar powered car. Your entries have been sent off and they will be judged very soon.

Owls have had a very enjoyable week which started with a super presentation on the history of Verwood; courtesy of The Heritage Centre and finished with an interesting trip to the Heritage Centre to see and learn about many of the artefacts that they saw in the presentation. The children did a selection of activities. These included: brick rubbing, pot sketching, pot colouring, learning about the construction of buildings, washing and ironing the old fashioned way, and learning how to use the potter's wheel.

In RE we discussed worship and how it helps us in everyday life. In art we made origami bees which coincides with our science topic on habitats and our geography topic where we have started looking at how land use has affected many animals. In literacy we are continuing our theme of recounts by writing a recount of our trip to the Heritage Centre. In mathematics the children have been working on division and multiplication. They are also working really hard at home to learn all their multiplication and division facts. I would like to thank the children for their impeccable behaviour on the trip and we would all like to thank the Heritage Centre and all their volunteers for such an informative afternoon. Thanks also to Mrs Heathcote for helping out.

A Selection of the Children's Activities from The Heritage Centre

Owls class had a big surprise on Thursday. We became pirates, formed our own pirate crews and even made a pirate ship.

In our two crews, we each elected a captain, and the second-in-command. We found out about the different roles aboard a pirate ship and each took on a part. We donned some unusual costumes to help us get into character.

Our ships weathered fair seas and foul and we experienced a pirate battle. After the victory, we celebrated with a pirate party (with imaginary pirate grog).

All in all, it was a very imaginative, noisy and tiring afternoon. We had lots of fun, but being full-time sailors would be exhausting! 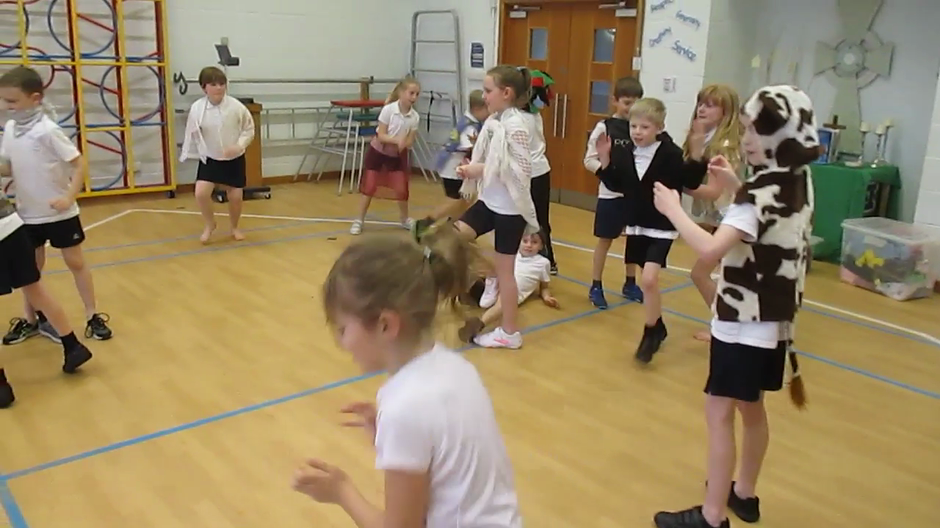 Practising Jumps, Balances and Climbing with apparatus in PE

After months of practise and dedication, Owls hard work came to fruition at their guitar performance this morning. They played us a medley of tunes, showcasing their developing guitar skills. Thanks to Dorset Music Service, Year 4 have been able to borrow and take home their own guitar to practise playing string and chord notes. They rounded the performance off with a seasonal tune, ‘Rudolf the Red Nose Reindeer.’ Well done, Owls class.

Owls class have been developing and deepening their learning in Numeracy through practical activities. These activities have included:

Year 4 were very excited to create their own canopic jars. As part of their Ancient Egyptians topic, they learnt about the purpose of canopic jars (to store a mummy’s organs in). They then designed their own jars, moulded them from clay and then painted them in traditional Egyptian colours. They were even able to add gold and silver paint to reflect the expensive nature of a pharoah’s burial.

On our recent netball tournament at Emmanuel, Team A came 2nd and Team B came 3rd!! We're very pleased with their results, and with how brilliantly they played together. To see a team photo and Holly and Oliver's report of the trip, go to our PE page.

This week in science, we turned shoeboxes into mini-houses. We were investigating transparent, translucent and opaque materials, and their effect on the amount of light that reaches an object. After creating furniture, rooms and people inside our shoebox houses, we placed a range of materials on the roof of the house to determine whether it would make a good window. We made an estimate out of 10 as to how much light it would let in, then experimented with the material to see how close our guess was. As well as creating some brilliant houses, we were able to see how the thickness and colour of the material affected the outcome. Great work, Owls class!

Owls class have been getting really stuck in to their ‘At the Movies’ topic. We have started by discovering the science and history of movie-making, looking at the mechanics behind making pictures move. We have also had the chance to each create our own ‘Phenakistoscope’. We used still images of animals that are all slightly different, and when viewed quickly together, create the illusion of being animated. We had a very exciting afternoon discovering how to use them (the best effect is to point it at a mirror and spin quickly, whilst looking through the slits). All the children should now have brought them home.

As part of our 'At the Movies' topic, we have been looking at short animated videos. We have been using these as inspiration to create exciting characters, dialogue and scenes. The main focus of our work this week was inspired by 'The Good Dinosaur' movie. We watched the trailer, which you can find below, and focused on the characters of Arlo the dinosaur and Spot the cave boy. We created a background for each character, as well as acting and writing their first meeting. Owls class have worked really hard this week to create fantastic Literacy work. 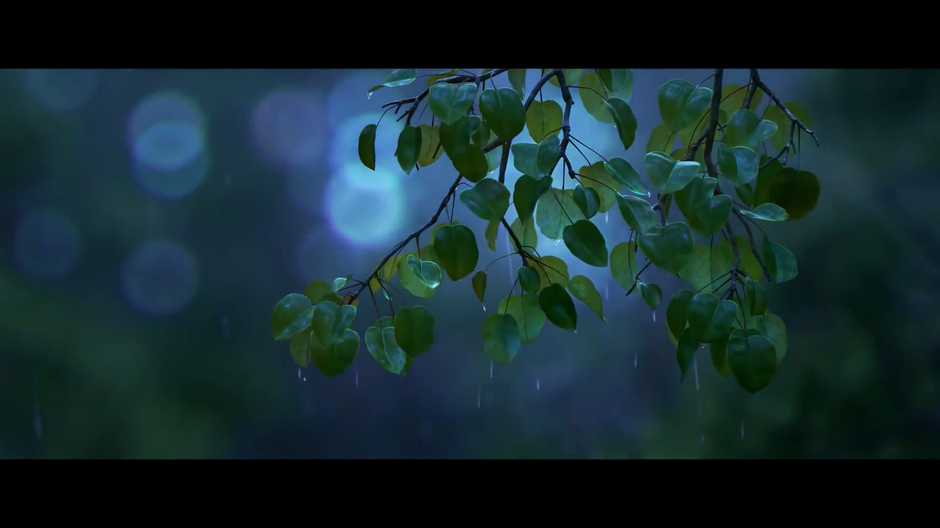 The class have settled really well into the year. They are enjoying taking on the new responsibilities involved in being the most grown up children in the school.

Our first topic has been finding out all about Barn Owls. Thank you for all the show and tell items the children have brought in, as they have really helped enhance our learning.

If you want to see some of the investigations we have been working on this week, have a look at the photos below. In science, we were finding out if our shadows were taller than us, and then played a 'Shadow Chase' game. In geography, we investigated what different animals Barn Owls have eaten by dissecting their regurgitated bone-filled pellets (yuck!). We found lots of mouse, vole and shrew skulls, as well as bones from lots of small mammals.