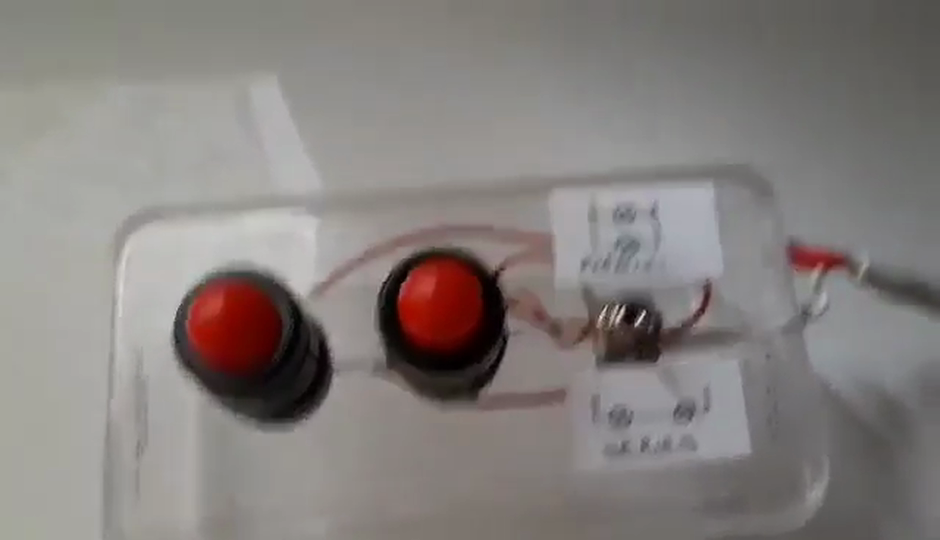 Thomas and Howard have been busy making real circuits! 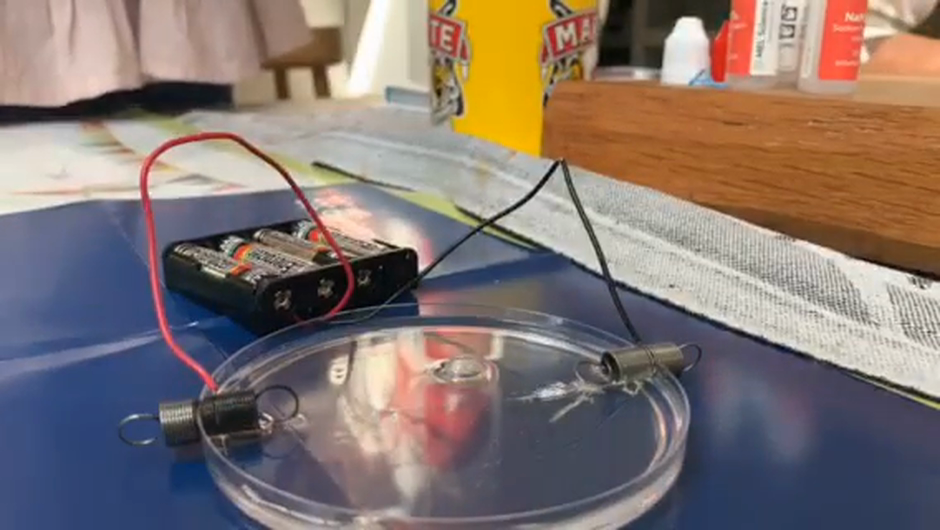 Here's a video of an electron pump that Wilf made. 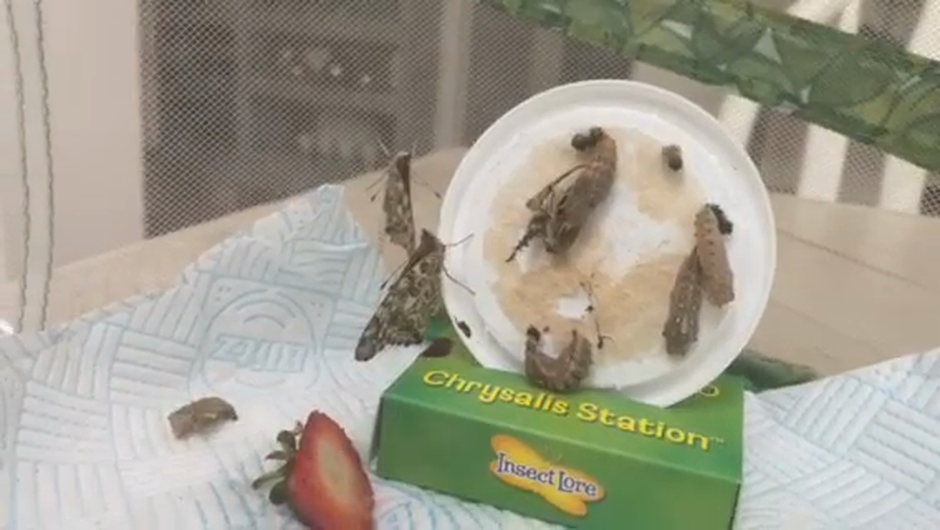 Over the past few weeks, Wilf has been carefully watching caterpillars turn into butterflies! This is the moment when one finally came out of its chrysalis! 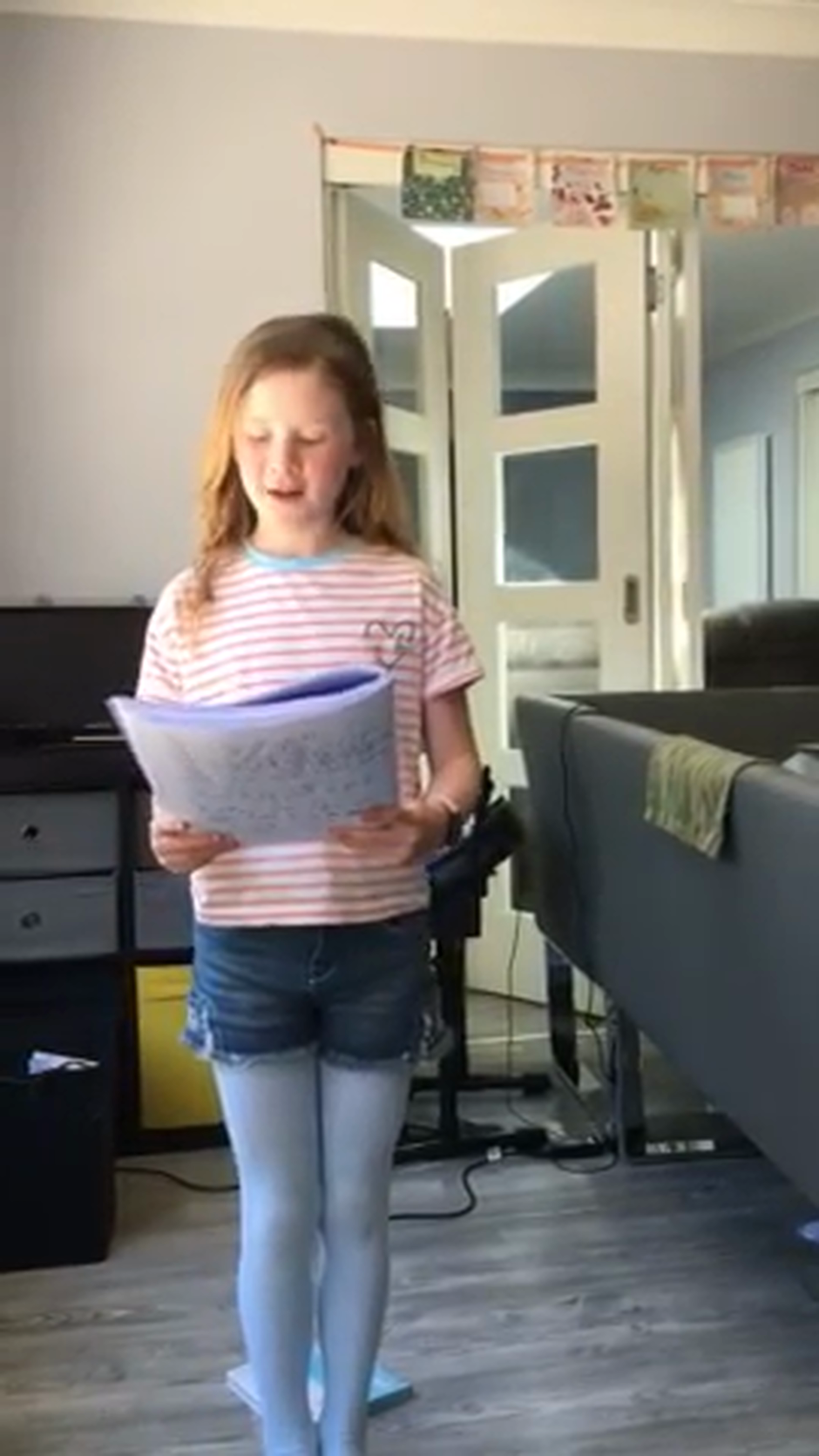 Have a look at this amazing animation! 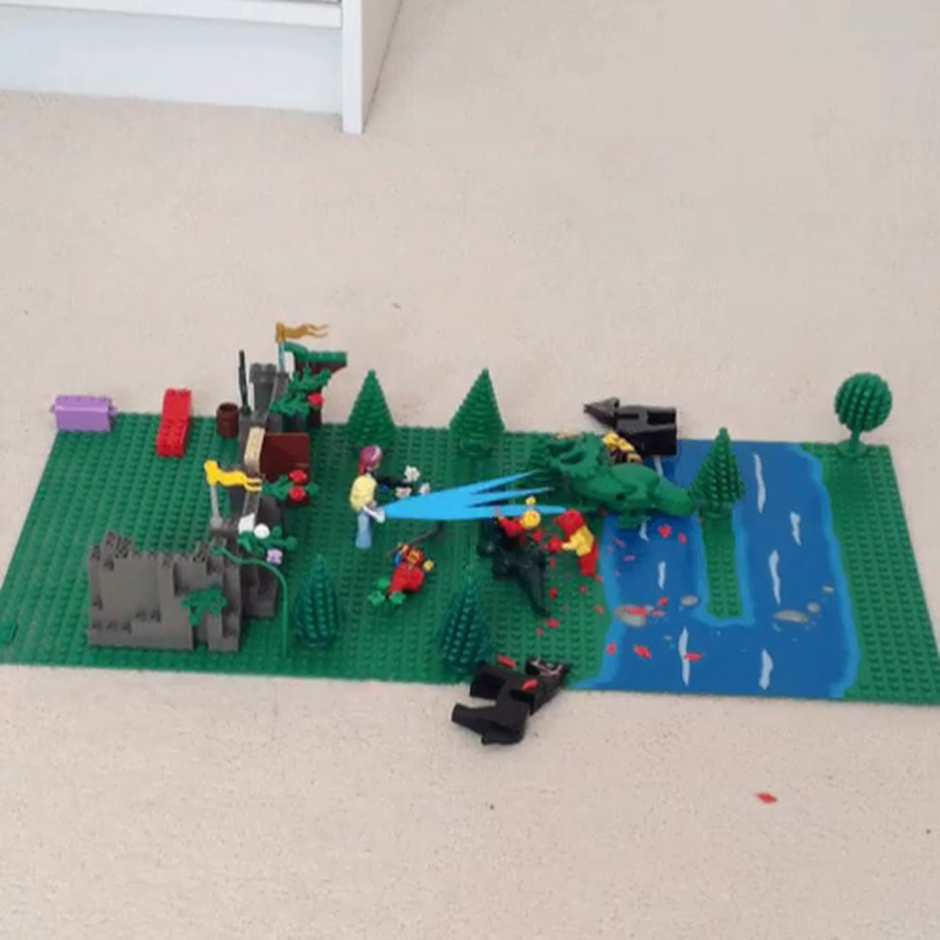 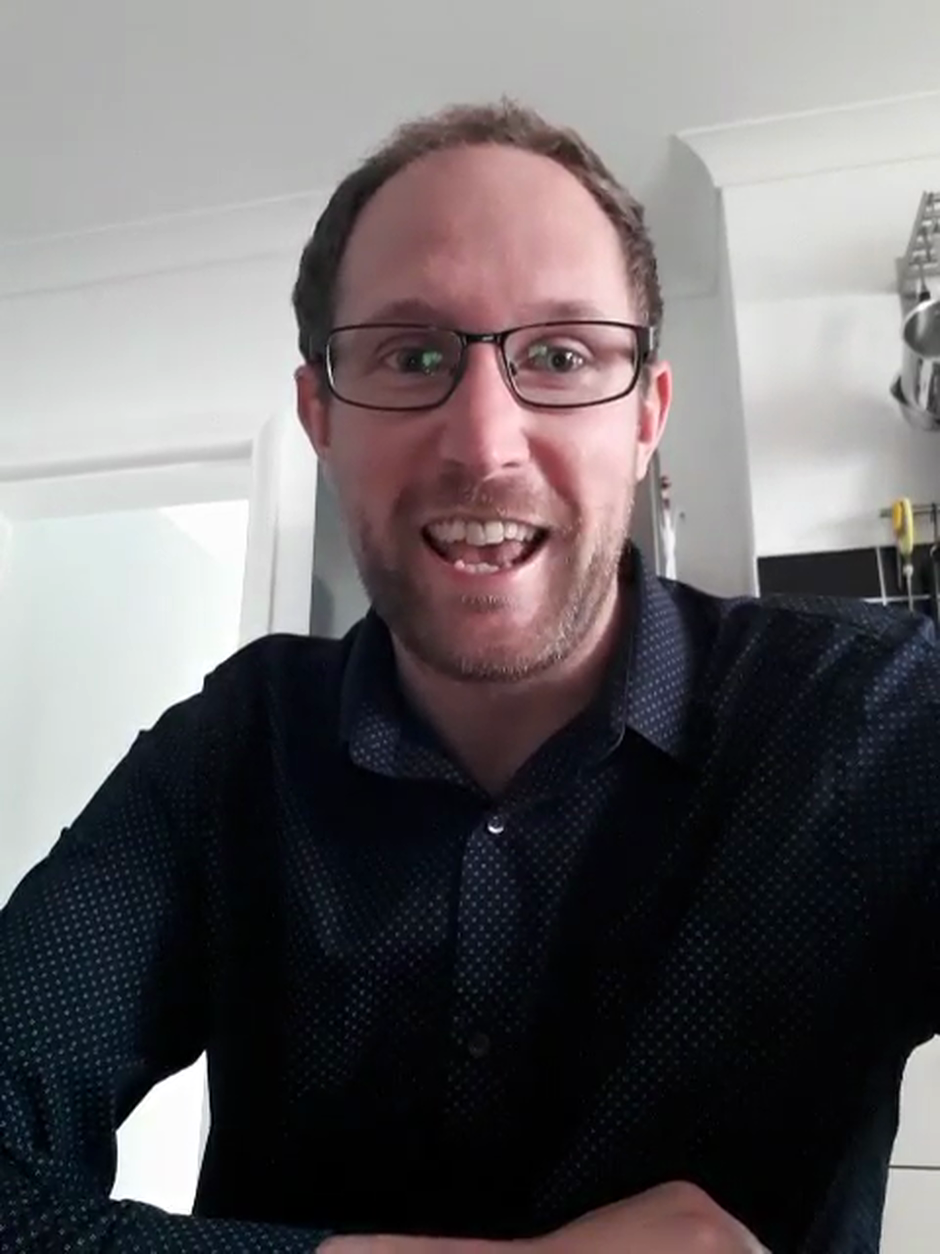 Take a look at some of the pictures from our Kingston Lacy trip this week! The Owls enjoyed looking at real Egyptian artefacts and learning about the Bankes family.

Owls had a fantastic World Book Day this week! The children arrived in their costumes linked to our Ancient Egyptian themed text 'The Scarab's Secret' and, after a parade and photos, worked together to create adaptations of the written text. The fact they were all in costume definitely added to the dramatic quality! The children then created artwork in the style of the original text.

Look at the amazing bread that Owls made today! The children followed the instructions carefully and worked together really well to make some bread rolls. They then thought about how the recipe could be changed next week to make the rolls even better.

Continuing with their learning about bread, this week Owls investigated how yeast works. They dissolved sugar into warm water and then mixed some yeast in with it. The children were amazed by what happened and couldn’t believe how quickly the yeast developed. It was really easy to see how yeast makes bread rise!

In Design Technology this week, Owls carried out some bread testing! They were looking at various qualities of the breads, including appearance, texture and overall taste. They then had to give each one a star rating. In the next few weeks, the children will be experimenting with a basic bread dough.

Well done Owls! Excellent Anglo Saxon purses. Thank you to everyone who helped with this project.

What an amazing performance the Owls put on for us this year! They worked amazingly together to learn their lines, remember stage directions and sing songs. Here are some photos of the actors. For videos of the songs, please look in the 'Video Resource Centre'.

A huge thank you to the parents and grandparents who have come into school on Thursday afternoons this half term to support the children with their Design and Technology project. The Owls have been working hard to make Anglo Saxon purses or bags. The children have learnt to thread a needle, cut fabric and sew using either running stitch or back stitch. In the first lesson the Owls learnt how to do cross stitch too.

Ten weeks of fantastic music learning culminated in our class Samba performance today! The children performed a range of rhythms on their instruments (agogo bells, ganzas, surdo drums, tamborims, guiros and repinique drums) and played brilliantly as part of the class band. Thank you to Mr Whitmarsh from Dorset Music Service for leading our sessions.

There is a video of our 'Samba Groove' in the Video Resource Centre (look under the 'children' tab).

For this week’s home learning, the children were asked to design an Anglo-Saxon house. They used a website to find out what houses would have been like, then either drew or made one. I was so impressed with the amazing range of designs!

Well done to the winners of the crystal growing competition!

Before half term, a selection of children from Owls completed their Bronze Ambassador Play Leader training with Mrs Calvert. After completing their training, they wanted to write a short message for our class blog. Please read below to see what the children say.

We at Trinity believe it’s important to play sport and games, not just to keep fit, but it’s also fun. Dorset has introduced a Play Leader Award Scheme for Year 4 children and upwards.
We are the play leaders this year and we are trying to gain our play leader level 1 award.
We have seven tasks to complete. The main task is to organise personal challenges and activities for the children at break time. We have lots of active games and some communication games which will be lots of fun for the children.
We are especially looking forward to teaching the children these games.

A project after half term....

After half term the Owls will be making Anglo Saxon purses. This will involve learning some basic sewing skills such as running stitch, back stitch and casting on and off. I would be really grateful if there are any parents or grandparents who are free to come into school to help please. It would be  on Thursday afternoons at 2.15pm for a couple of weeks in November. Wishing everyone a lovely half term. Many thanks, Miss Brown

Yesterday, 14 Owls went to the local schools' netball tournament. They demonstrated fantastic teamwork and determination, as well as all of the netball skills they have been practising over the past few weeks. Both teams played fantastically throughout the afternoon and one of our teams was able to win their final! In Worship this morning, each child from the winning team was presented with a medal. Well done to everyone taking part - you did a great job!

In art this week, Owls used the illustrations for the book Varjak Paw as inspiration for their own pieces. They used black crayons and pencils to create sketches of common classroom objects. The children particularly focussed on using lines for added impact, just like the illustrator in the book.

In maths this week, the children have been exploring symmetry. They started by using paper, geoboards and Numicon to create symmetrical patterns, using a mirror to check for lines of symmetry carefully. Later on in the week, the class reviewed their knowledge about triangles and quadrilaterals and then found symmetry in these shapes.

This week, Owls voted in the School Council elections. It was incredibly close between all four candidates, but, in the end, two children emerged victorious and received their badges from the Mayor of Verwood.

In maths, the children spent a lesson investigating different types of quadrilateral. They used art straws, geo boards, pencils and paper to create the shapes, then discussed their properties, such as parallel sides. The children also learnt how to make the following shapes: trapezium, parallelogram and rhombus and considered how they could spot them when shown a group of shapes.

This week in science, the children investigated shadows. At different points during the day, the class went outside and drew around their shadows with chalk. Later in the day when they repeated the task, the children noticed how the positions of the shadows were different to earlier and talked about why this is.

Over the past couple of art sessions, the children have been creating different pictures of owls. Each child completed two pictures, one with watercolours and one with mixed media. They were thinking carefully about which colours to use and were taught how to make colours darker or lighter. The owls look fantastic on the topic display!

What a fantastic first week! It has been great to see all of the children arriving at school each day smiling and ready to learn. I've been very impressed with their attitude and think the children are each going to rise to the occasion of being the eldest pupils in the school. Please look at the pictures of the class painting some lovely owls ready for a display, and also completing their first bit of playground buddy training.